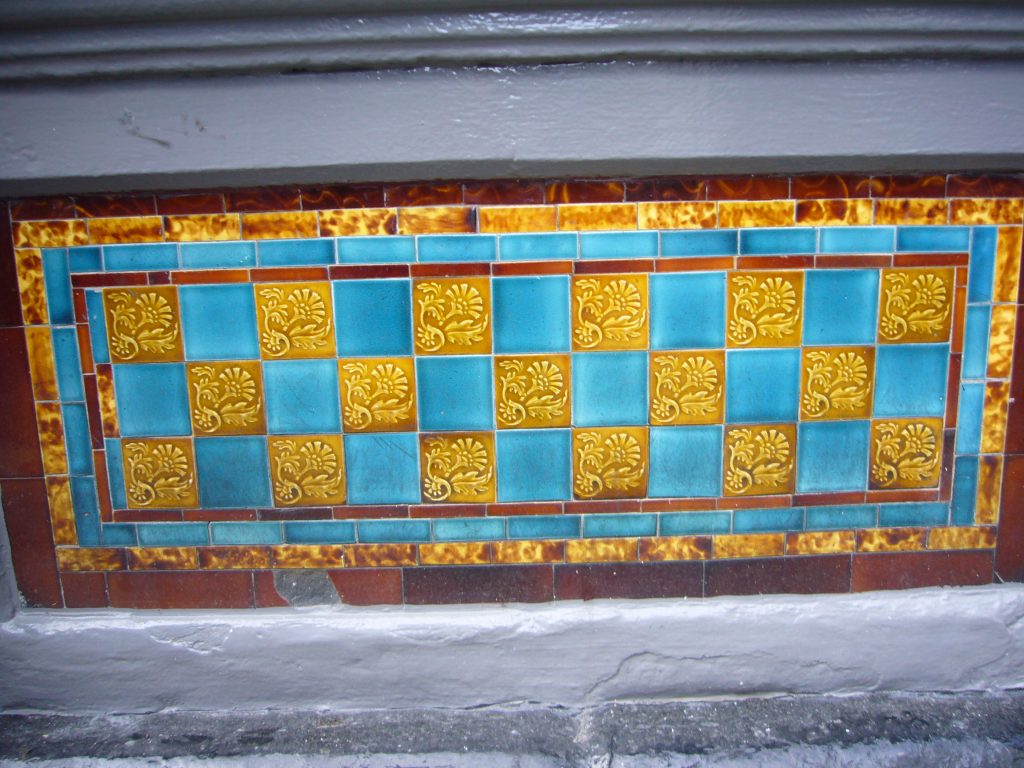 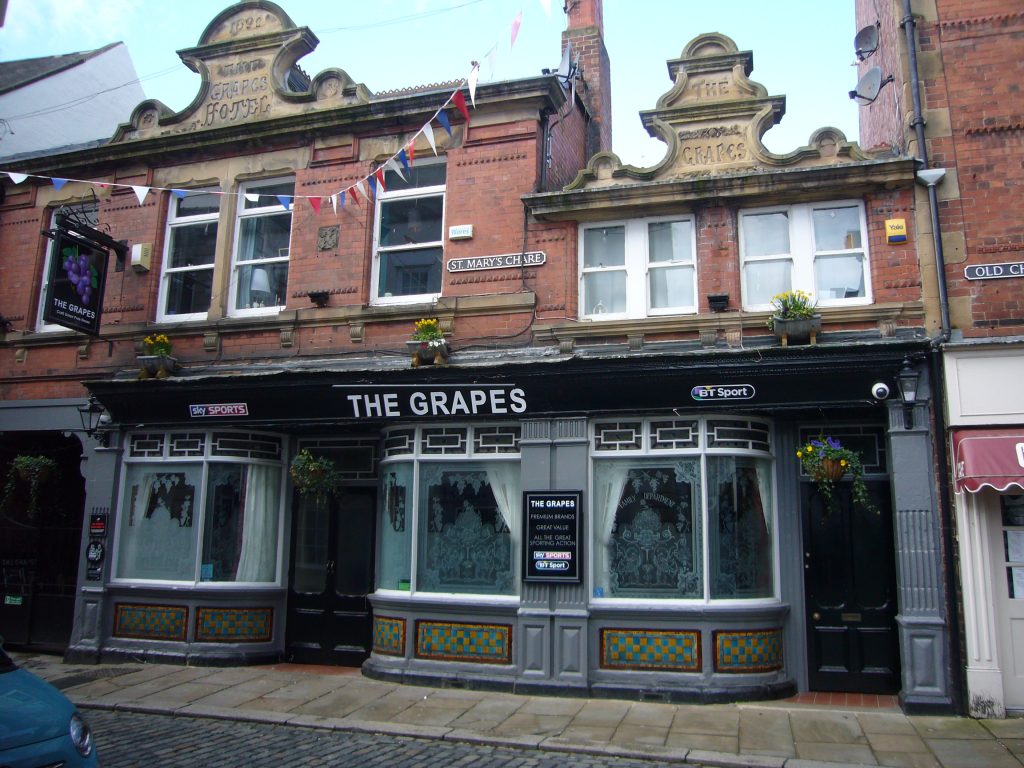 The tiles are in one of the 6 panels that adorn the front of the Grapes at the bottom end of St Mary’s Chare.

The Grapes stands on the site of one of the town’s earliest inns, the Grapes Inn.  The arms for war (2 escallops/shells and 2 fracted/broken oak branches) of Thomas, Lord Dacre from the C16 Tudor building are built into the facade, as can be seen in the photograph.  He was bailiff and in charge of the government of Hexhamshire under Cardinal Wolsey.

The fine Tudor building has vanished and only a stone built into the modern inn, upon which are carved the arms of Lord Dacre, remind us of the old hostelry. Hexham, A Short History and Guide, Frank Graham, 1973, p.25.

The site has undergone major redevelopments in the last century. Here are some key dates and events in the timeline, assembled from information collected by Colin Dallison: