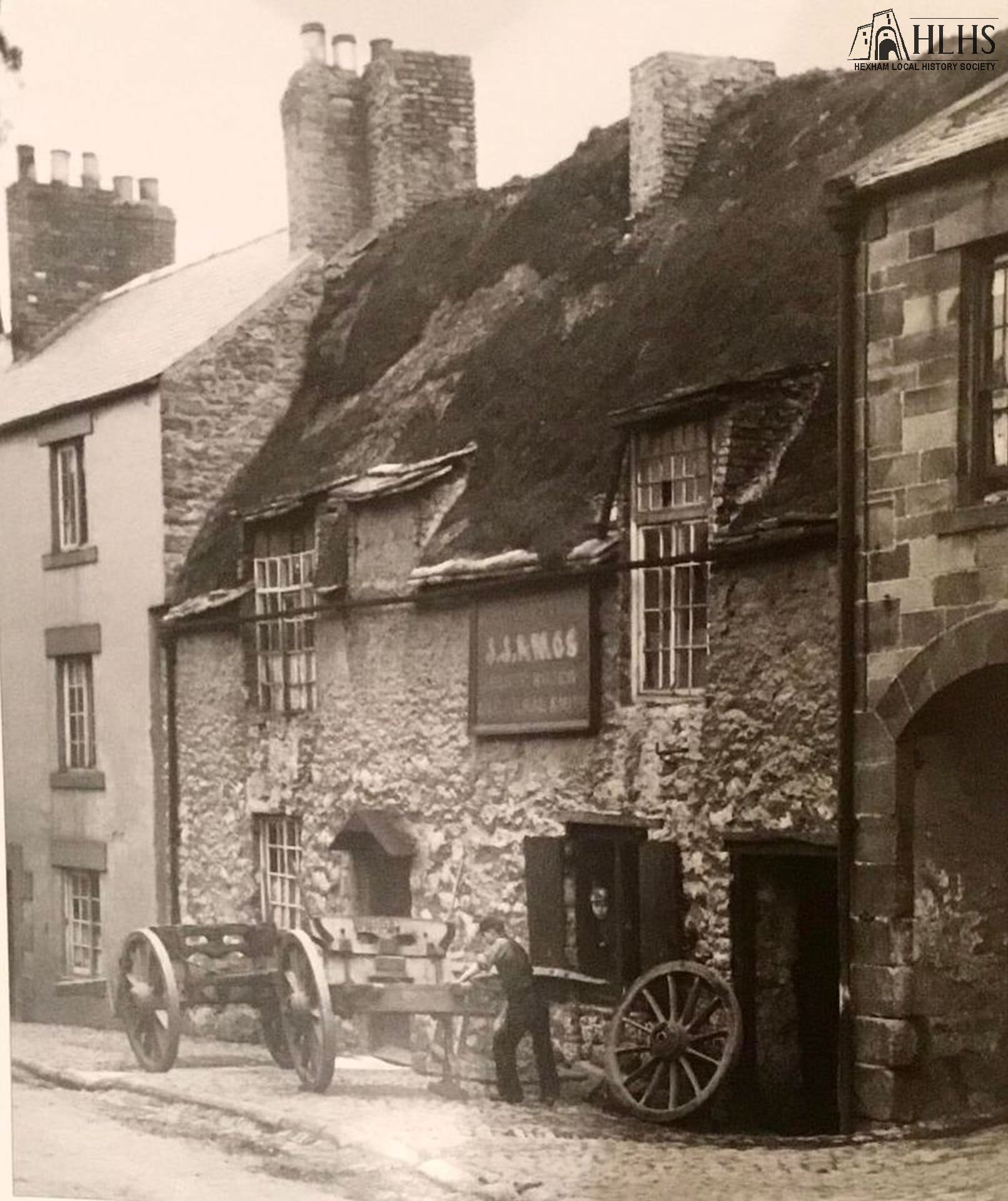 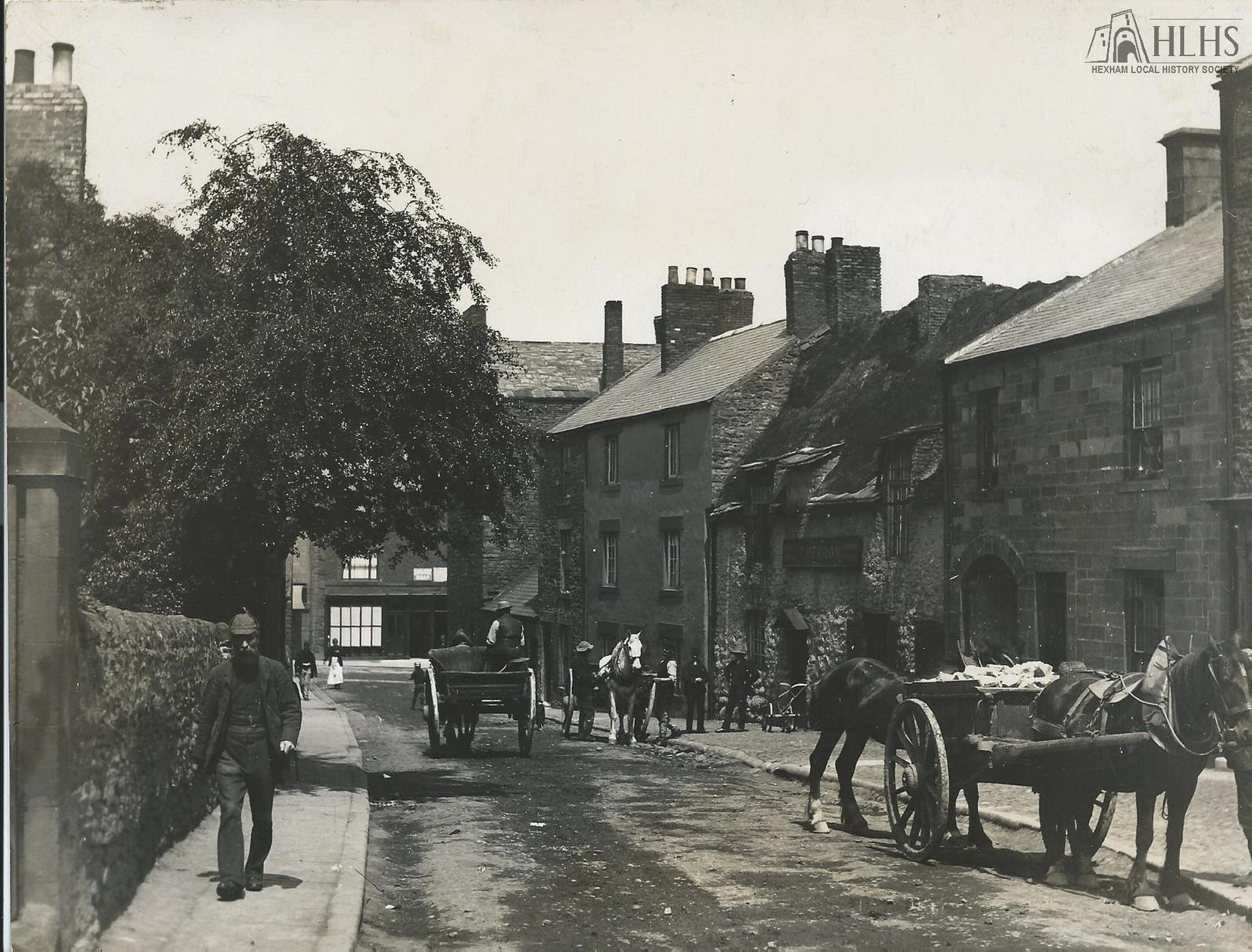 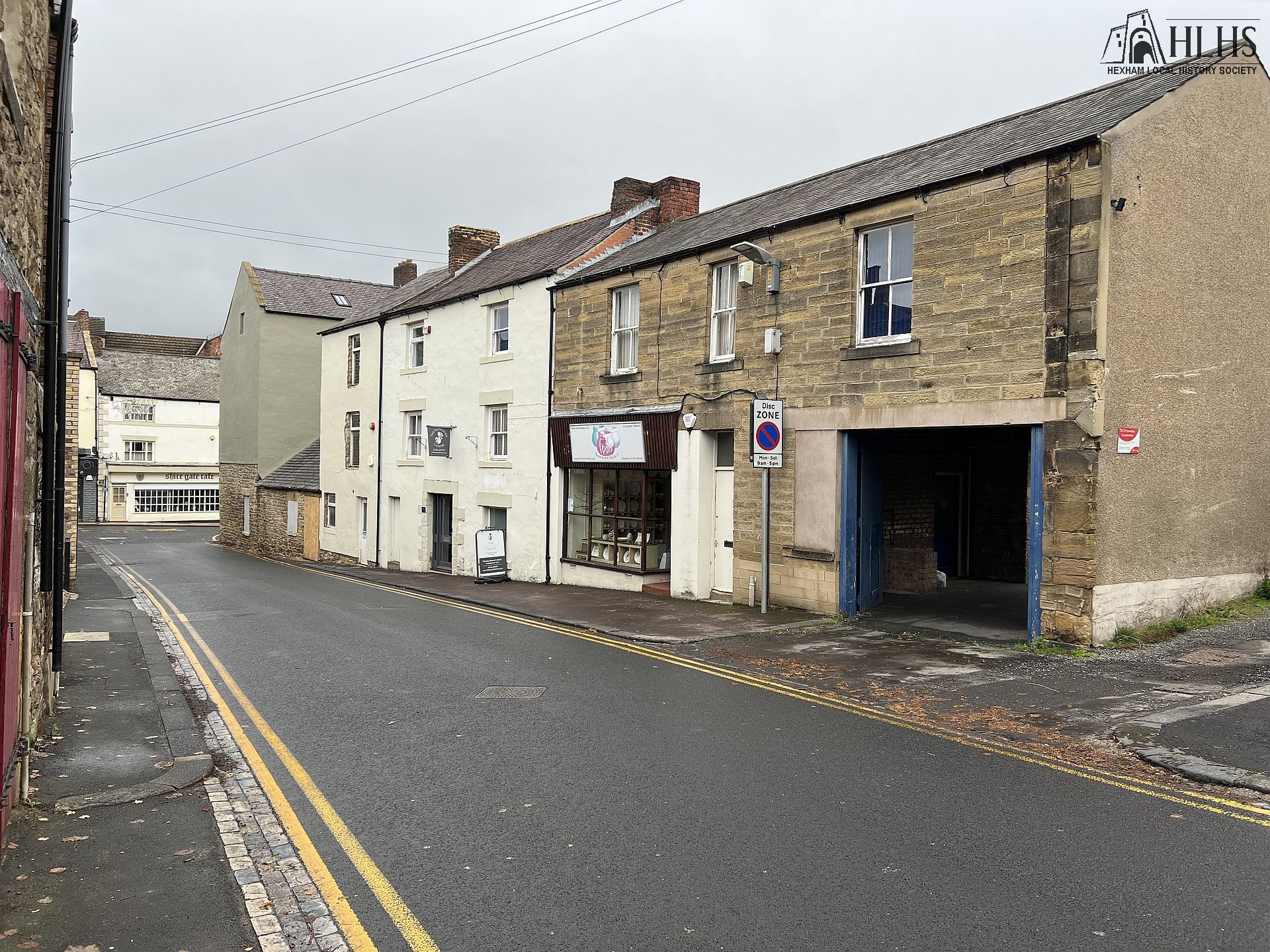 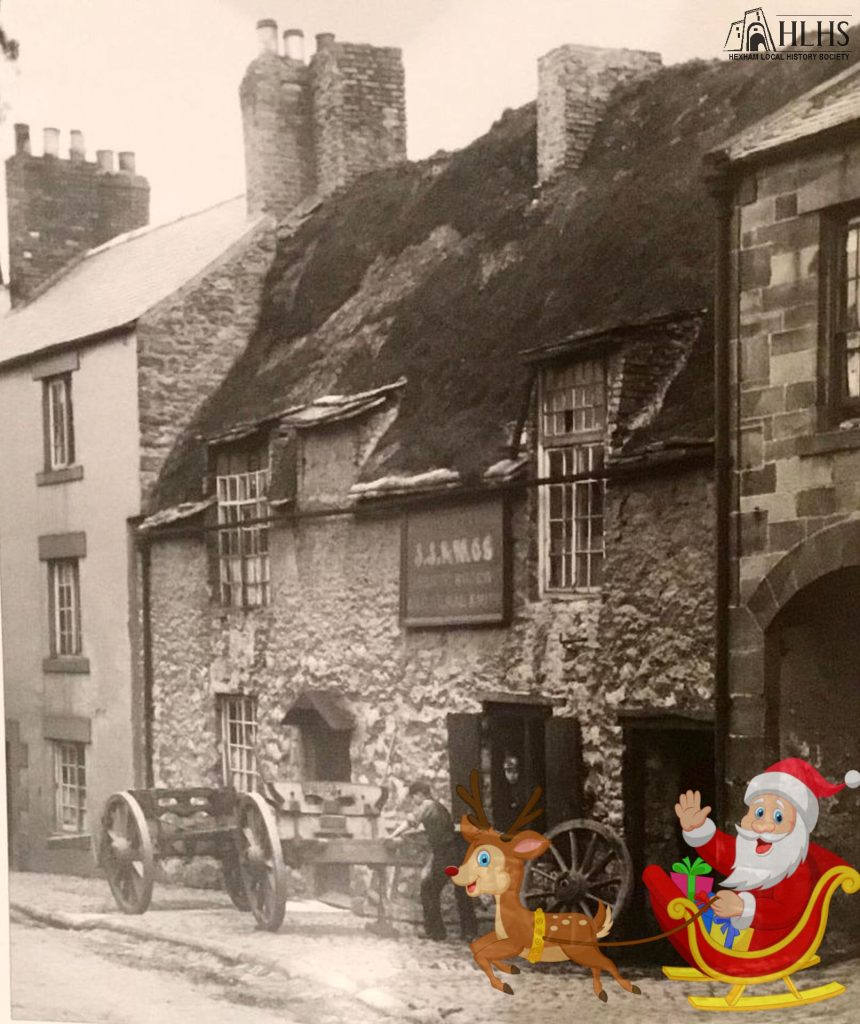 Click on the images above to see a full-sized image

The clue photo (on the left above or first image) is of buildings at the bottom of Eastgate, looking NE just above the junction with Cattle Market. Taken around 1886, No 6 the main thatched building, houses JJ Amos described as: “cart, rolley, and dogcart builder, Priestpopple; and shoeing and general smith, Eastgate”.

The second photo taken between 1886 and 1891 shows the premises occupied by blacksmith T Herron (who died in 1891).

The third photo shows the buildings in 2022, just after the completion of the restoration work to No 1 Cattle Market, with No 6 occupied by Inspired Pots.

Fortunately JJ Amos was able to be visited in the last photo so his cartwrighting skills could be applied to service someone’s sleigh ready for its busy night’s work later in December.

Research by Jennifer Britton has identified that John Joseph Amos the cartwright was living in Priestpopple, Hexham, in 1881. He married Elizabeth Robson in Hexham in October 1883. They had two children, both born in Hexham: Elizabeth in 1884 and Charlton in 1886, both baptised at Hexham Abbey. But by 1891 John Joseph was living at Daisy Hill, just north of Sacriston, Co. Durham as ‘joiner and cartwright’ John ‘Graham’ (his mother’s surname!) stating that he was single, while his wife Elizabeth and the two children were living with her mother in Newcastle. Elizabeth stated that she was married, and was working as a laundress.

In 1901 JJ Amos (now using his ‘proper’ name!) was still at Daisy Hill, still saying he was single, while his wife was in Midgley, Yorkshire, with the two children, still saying that she was married. In 1911 he’s still ‘single’ at Daisy Hill while she’s now a ‘widow’ in Yorkshire! TV series have been made out of less interesting material.

Thomas Herron the blacksmith, the subsequent occupier of No 6 Eastgate, was married in Hexham in 1860. In 1861 he and his wife were living in Walker, Newcastle. He evidently moved back to Hexham because he had two children born there, one in 1862 and one in 1867, but the family were living in Winlaton in 1871 and 1881. They must have returned to Hexham sometime between 1886 and 1891. Although Thomas Herron’s 1891 Probate showed “of Eastgate”, his burial at Hexham Cemetery gave his dwelling as Bells Court, the same as the 1891 census.

Jennifer also discovered that in March 1879 The Courant reported that someone had broken into the premises in Eastgate of Mr John Ward blacksmith and V[eterinary] S[urgeon] (headline: ‘A Diabolical Act’).

Other images are available in the Eastgate Gallery.

Any comments – please add them below.