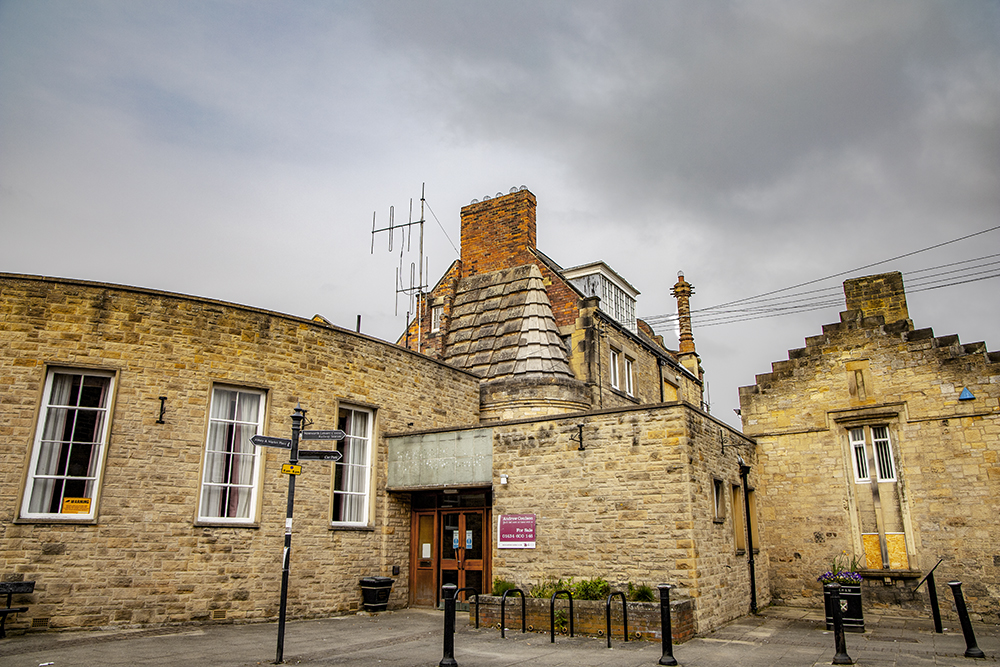 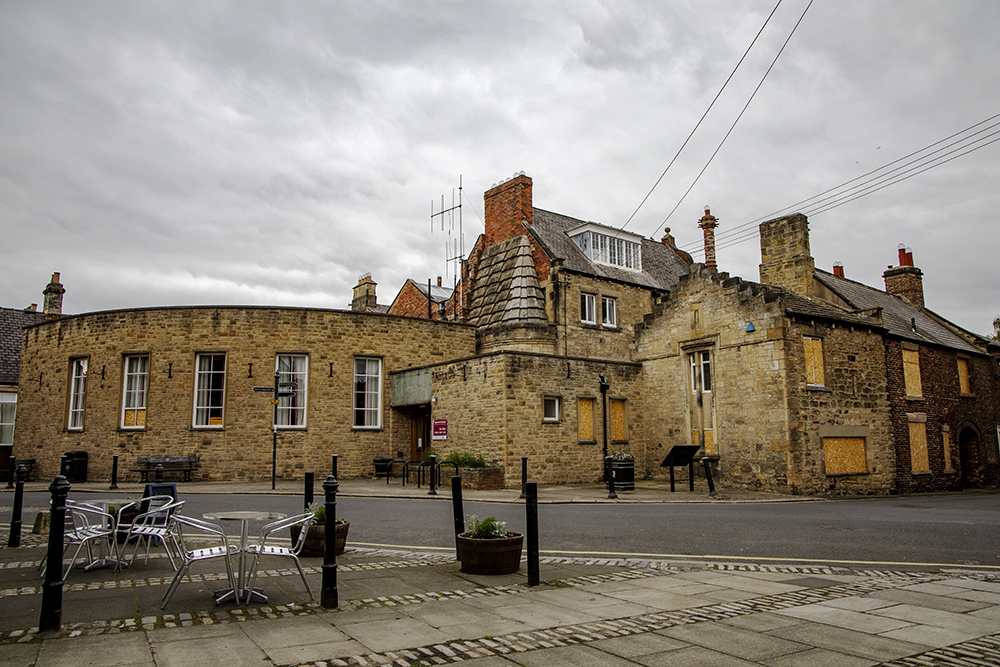 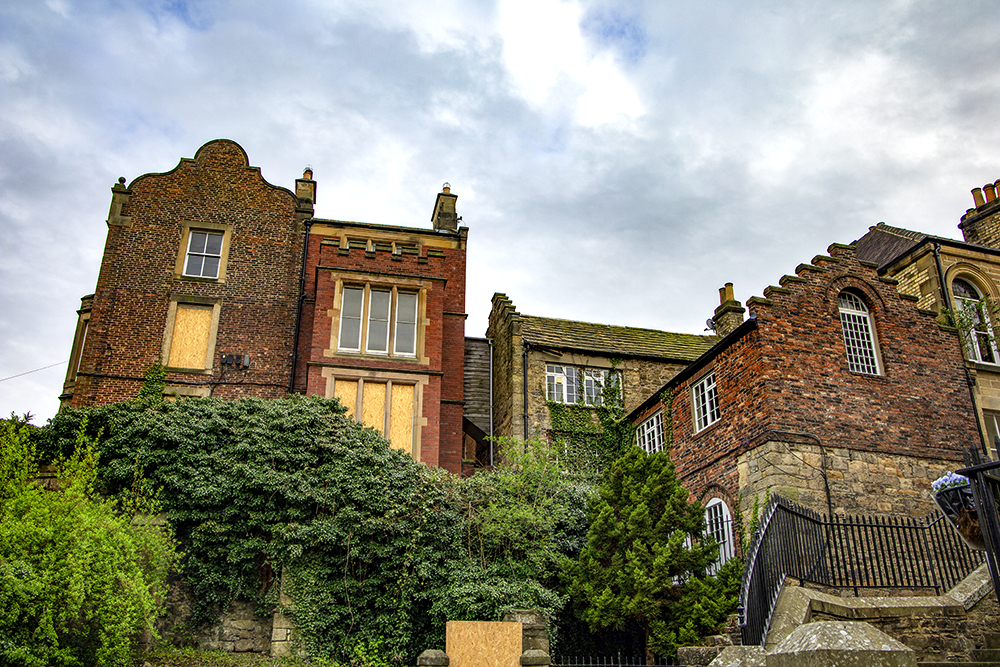 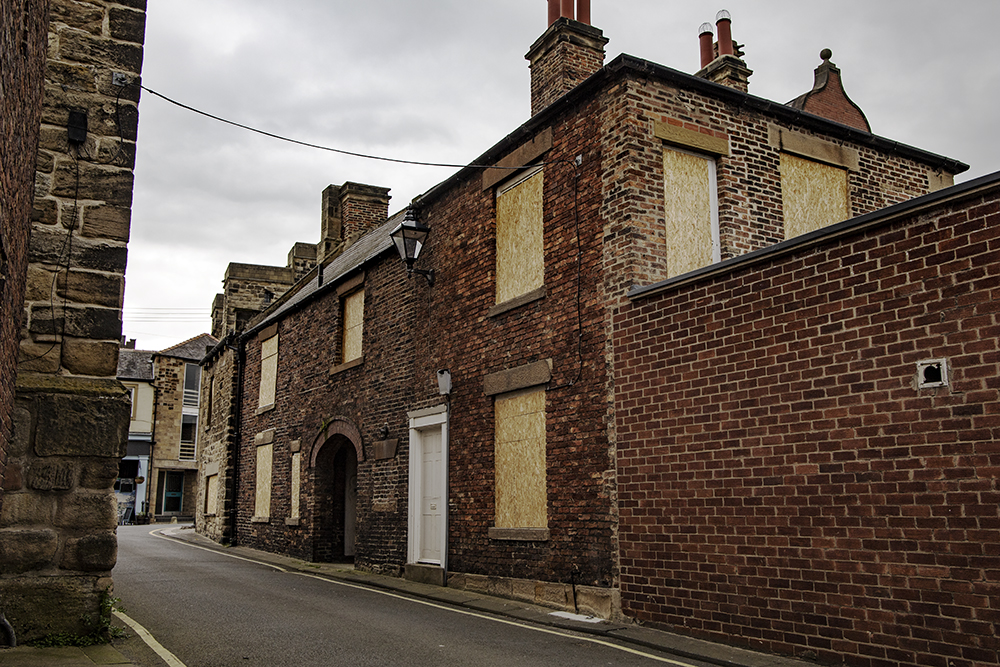 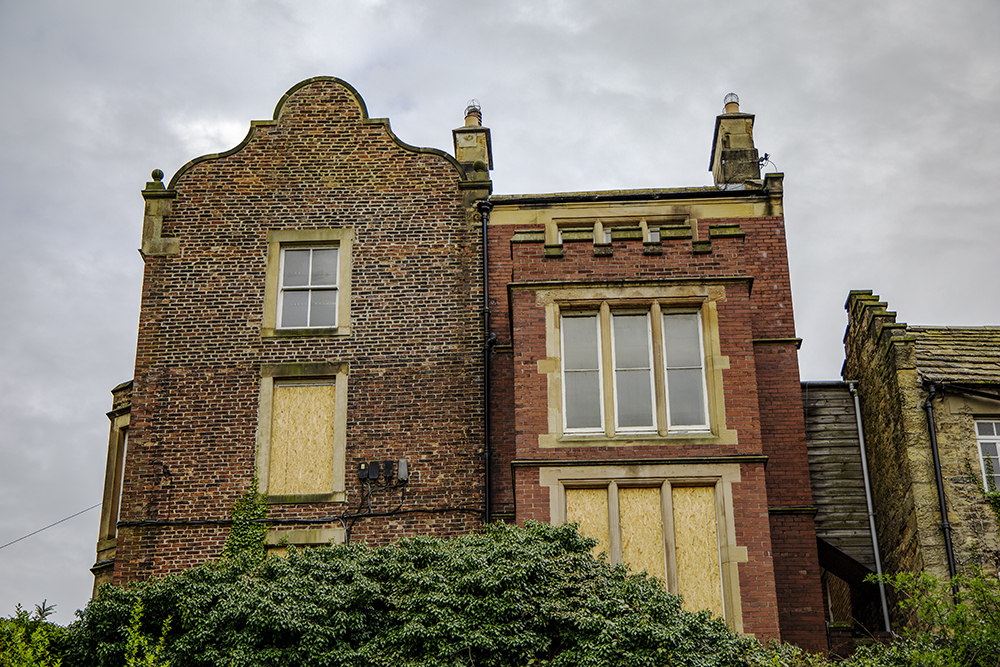 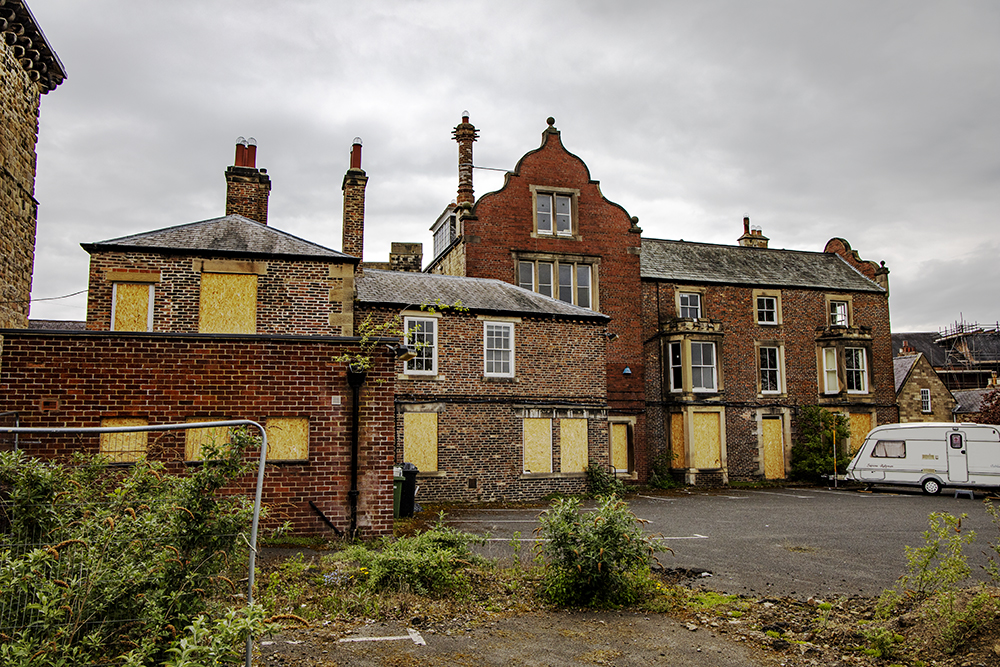 (Click on any image to get the full photograph.)

The fancy hexagonal chimney is on Prospect House in Hallgate. Are there any other chimneys of that style in Hexham?

In 2018 a planning application to turn Prospect House and associated buildings into 18 new homes was granted. The planning application is available online at https://www.hugofox.com/community/hexham-town-council-6337/planning-tracker/application-3566330 and a significant number of documents are also available which describe the complex history of the site, and provide photographs of the interior and exterior together with historical maps. A number of the buildings are Grade II listed.

With some potentially medieval features having been identified in the basement, Prospect House was constructed as a house in the 18th Century. There are many later alterations in the 19th and 20th Centuries, and incorporation of other buildings.

Eagle-eyed visitors to these Historic Building Tests may recall the surname King from the March building test and its association with Prospect House. From at least 1841 Prospect House was the home of David and Ann King who had a prosperous linen and woollen draper’s shop in the Market Place. Their son Henry was born in 1815, and the Almshouses (that were the subject of the March test) were build in commemoration of Henry who died in 1890. The architects of the Almshouses, Messrs Oliver & Leeson, were also involved in a significant extension to and alterations of Prospect House in the late 1800s.

The descendants of the King family continued to live in Prospect House, until the death of Henry Lockhart (son of Jane, Henry King’s sister) in 1938. By 1939 Hexham Rural District Council had acquired the site for use as its offices, and in the 1960s added the large extension to the west (shown in the photographs above) to create a Council chamber and entrance. As the planning application succinctly notes:

The 20th-century alterations … do not add to the interest of Prospect House.

While the extension is constructed from stone, architecturally it is of a quality which makes only a neutral contribution to the character and appearance of Hexham Conservation Area.

The council extension is on the site of one of Hexham’s old pubs, the Bird-in-Bush Inn (or  Bush Inn). Opened in 1822, the Inn closed in 1924/25 and was demolished in 1940. Henry Lockhart was  the owner during the later years.

Prospect House passed to the county council in 2009 when Northumberland became a unitary authority. The county council sold the site in 2016 (it was on the market for around £1M), and at the time of writing (May 2019) the next stage of its life as a concersion into new homes and apartments awaits the site’s development.

The Hexham Courant (16/05/2019) reported that the site is currently up for sale again, and that original planning application had been amended. The 1960s extension at the west end of the building was going to be removed, with two fewer housing units (down to 16) now being proposed (presumably the two that were to be in the extension).

The caravan pictured above is not thought to be historic.

If you have further information to share, try  the Leave a Reply feature below that we are experimenting with again this month.