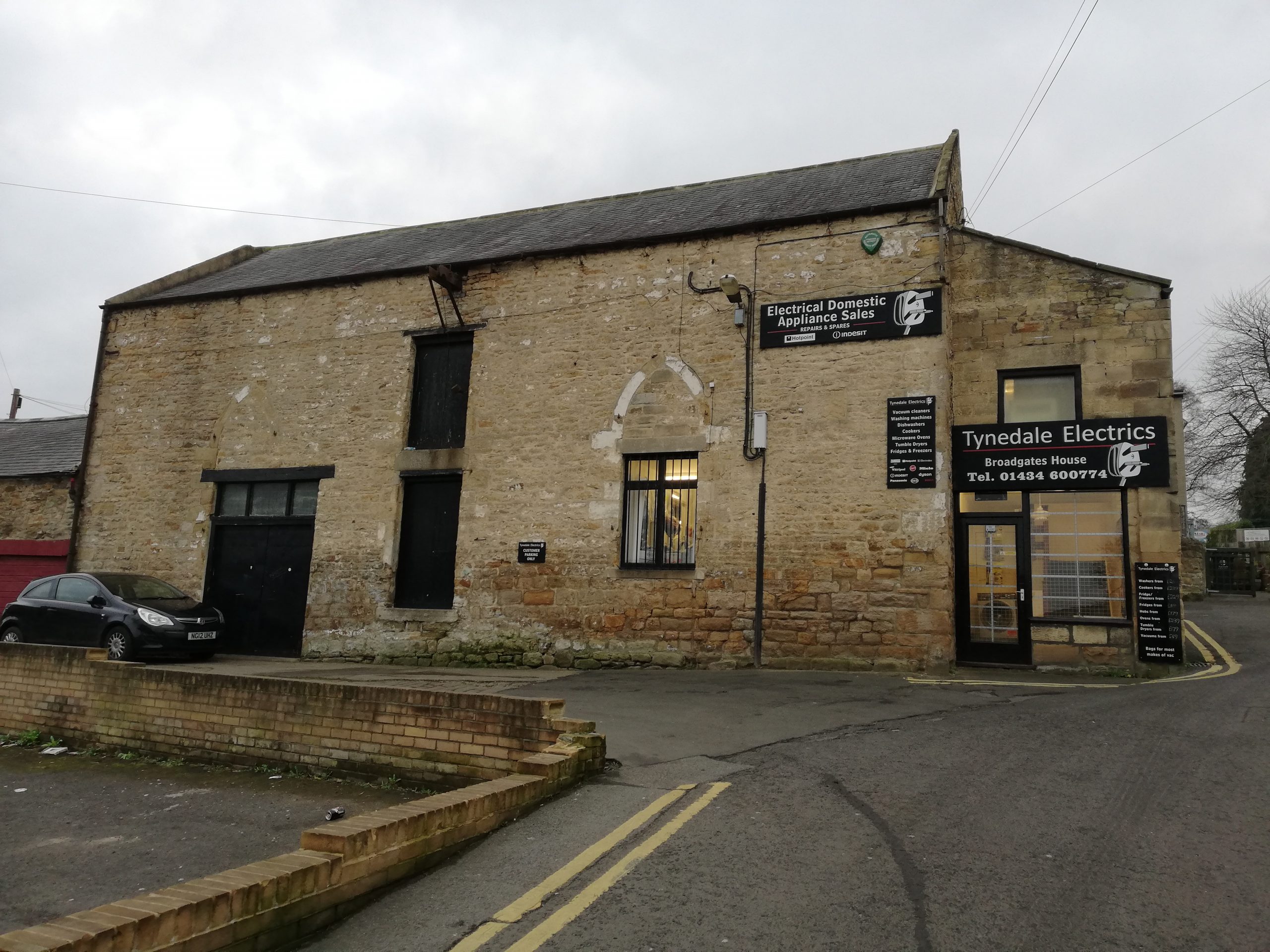 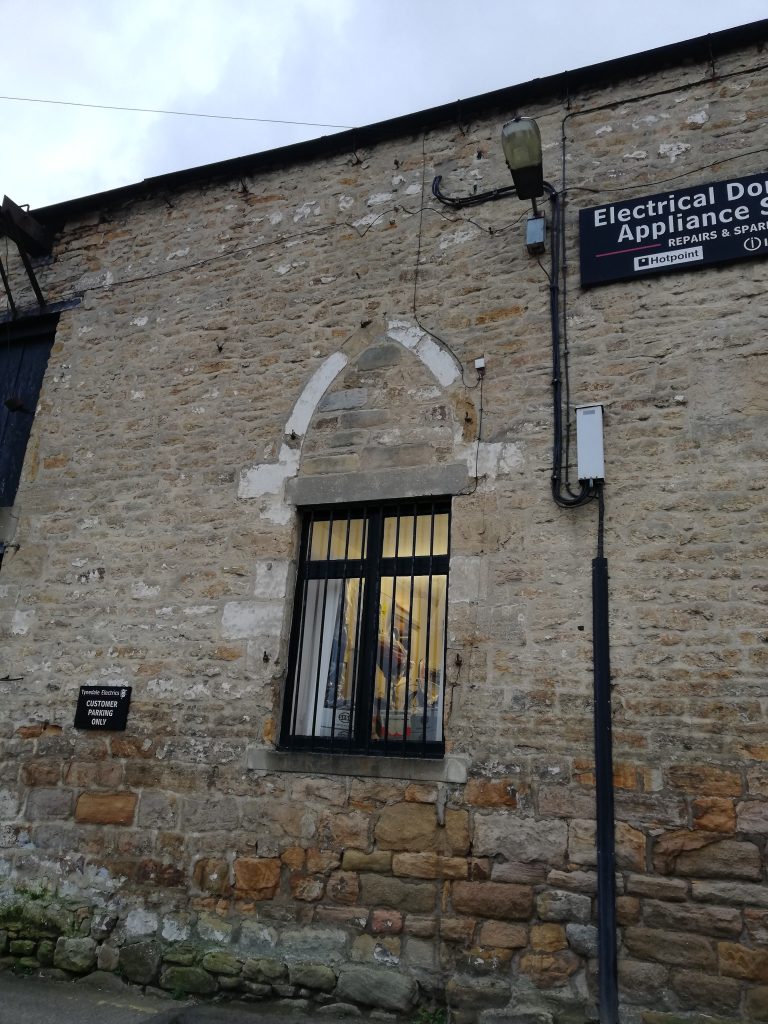 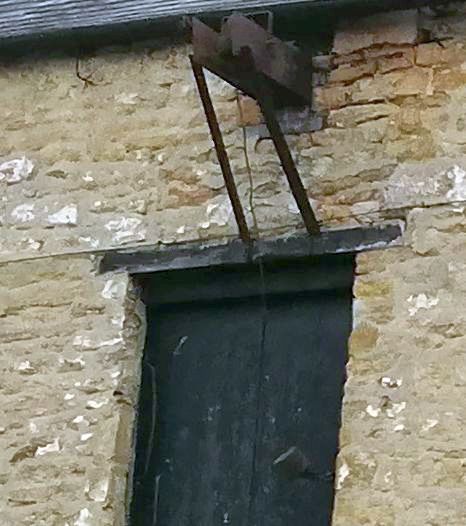 The building is up Broadgates (off Priestpopple), at the west end of the Ropery buildings and the M&S car park.

According to information provided by Colin Dallison, the building originally was the Independents, Ebenezer Chapel, The Fold, Broadgates.  Independents wanted free self-governing congregations, opposed to any connection between church and state:

Later a steam-operated corn mill operated in the building, which was presumably the reason for the hoist shown above (in the middle of the building, above the black doors).