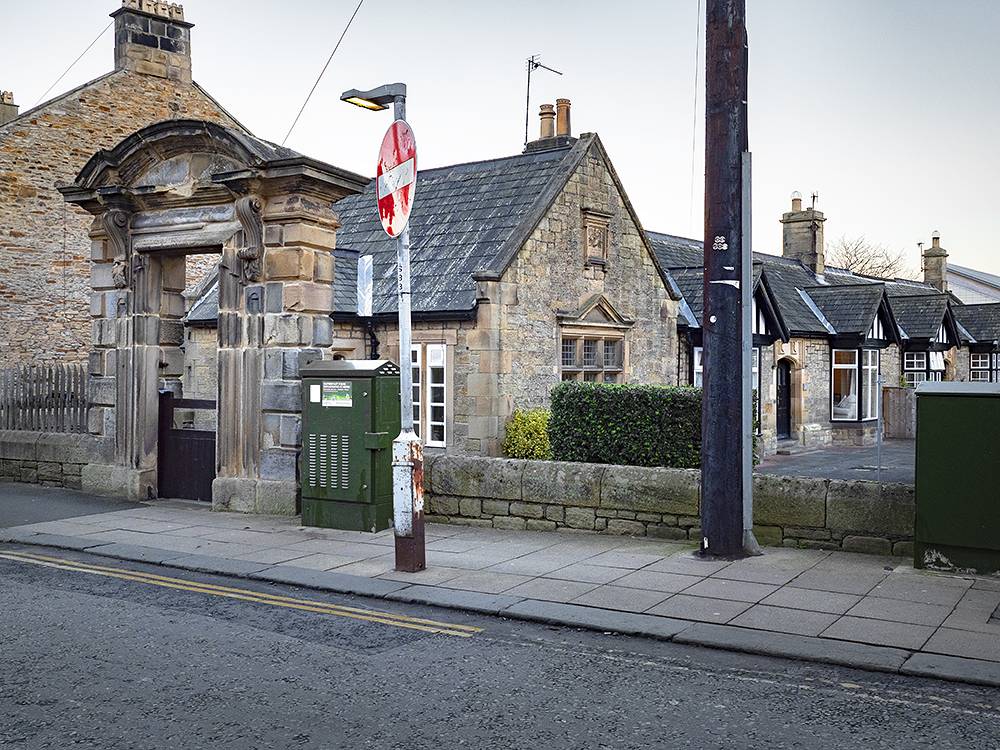 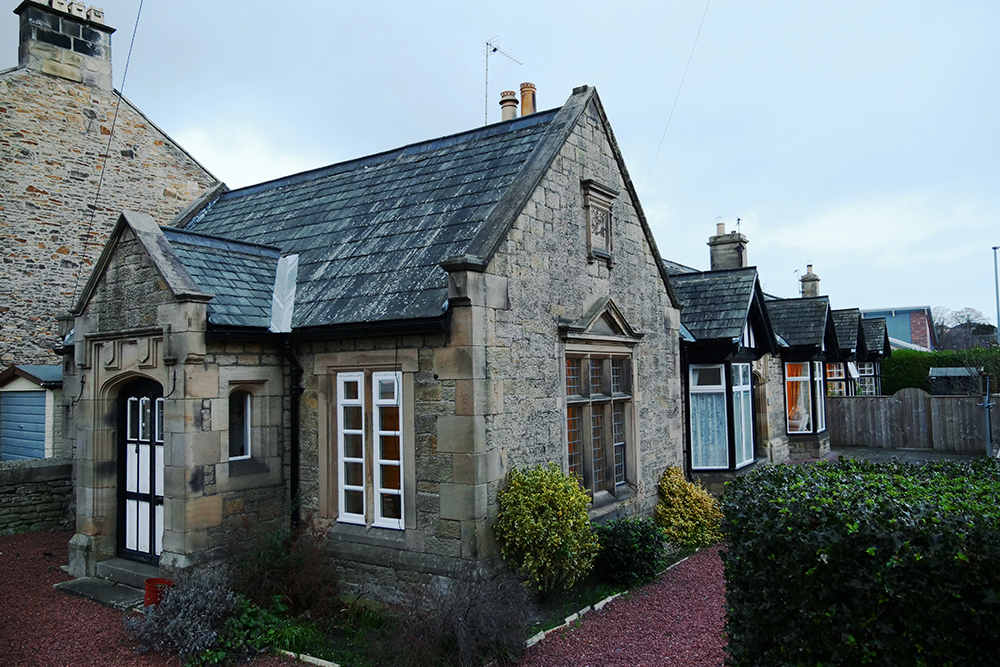 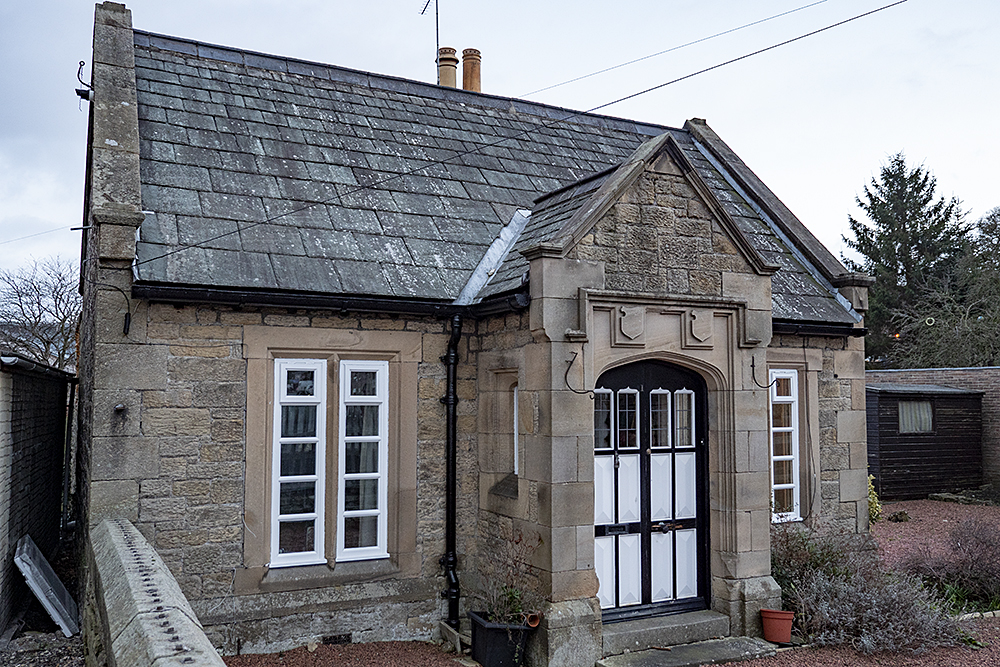 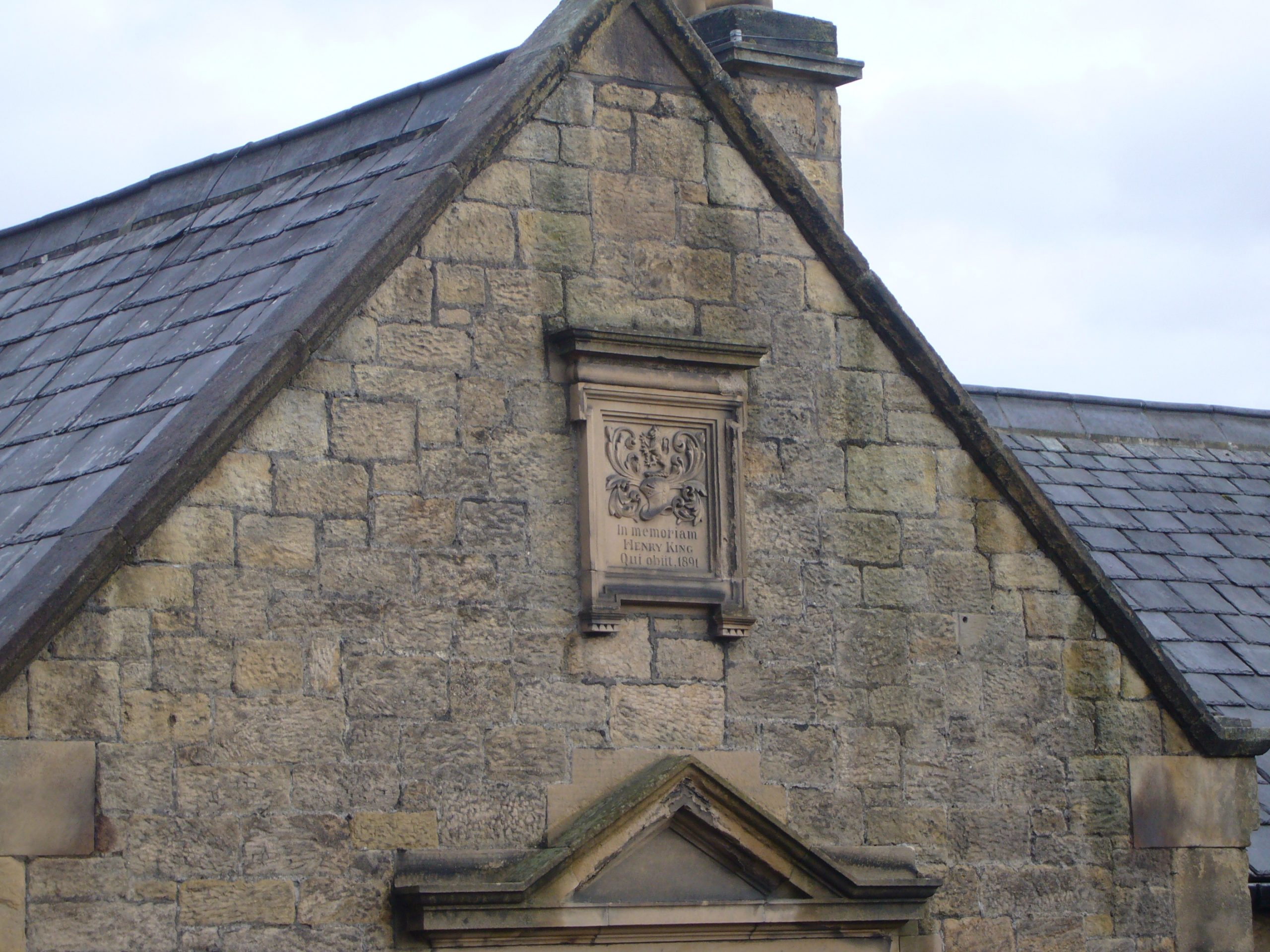 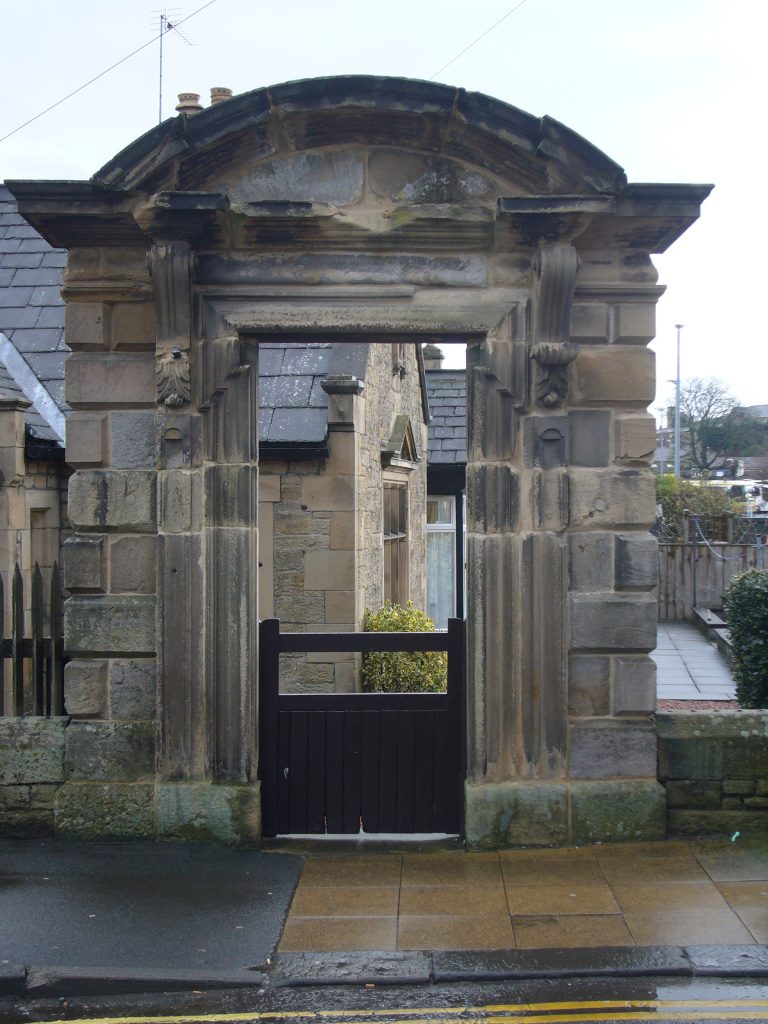 The picture clue shows the archway leading to the Almshouses situated at the bottom of Hallstile Bank (together with the “historic” BT green cabinet!). 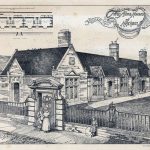 These Almshouses were built in commemoration of Henry King. Henry was born in 1815, and his parents (David and Ann) lived in Prospect House and had a prosperous linen and woollen draper’s shop in the Market Place. Henry suffered from polio in his childhood, and was a notable donor to local charities and good causes. He died in 1890.

A close-up picture of the plaque commemorating Henry King is shown above (n.b. click on any image to get a full-sized version).

Plans for the Almshouses were submitted by Messrs Oliver & Leeson, on behalf of Henry King’s sister (Mrs Lockhart), in 1891. Construction work was completed in 1893. The Hexham Courant recorded the following details:

Front house facing the thoroughfare is adapted for an aged couple or two elderly persons who agree to live together.  The other four cottages which face south each contain commodious living room, pantry and closet together with necessary conveniences in the
adjoining yard. [Hex. Cour. 23.12.1893.]

End house on street has an extra bedroom.  The fine old gateway was formerly part of a 16th century house in Fore Street.  The architects were Oliver & Leeson, Newcastle. [Hex.
Cour. 30.12.1893.]

Where did the arched gateway come from?

All details from notes provided by Colin Dallison.